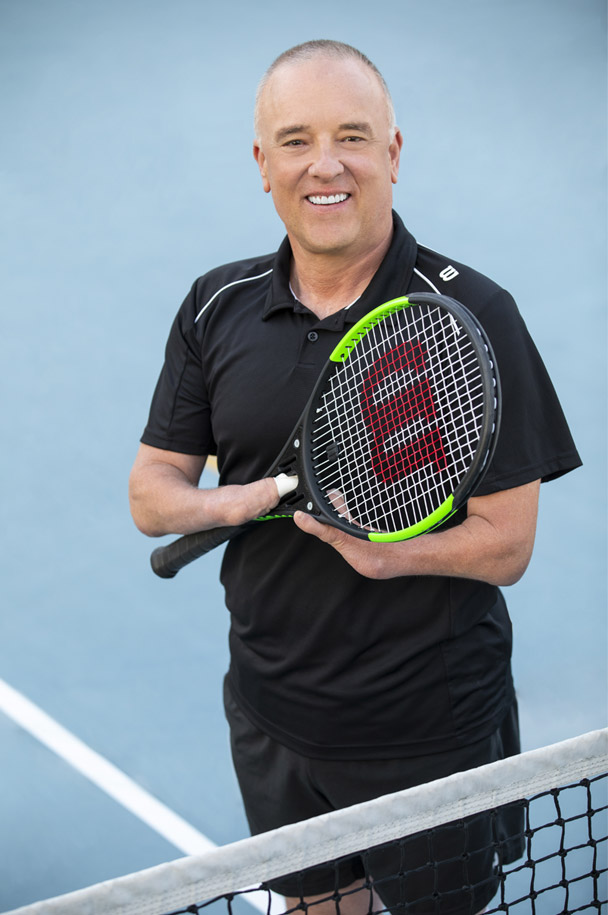 From Center Court To Center Stage

Roger Crawford is a unique and accomplished individual, recognized as both a Hall of Fame Athlete and a Hall of Fame Speaker. He brings a wealth of real-life experience as a best-selling author, entrepreneur, and award-winning speaker to his powerful presentations, delivering inspiration and insight to audiences.

Sports Illustrated acknowledged Roger as “One of the most accomplished, physically challenged athletes in history!” and he was given the ITA Achievement Award, presented by the International Tennis Hall of Fame, in recognition of his athletic success.

His personal story brings instant credibility, and he has the unique ability to connect with any audience. He not only speaks about, but lives his message every day, making his presentation authentic and relatable.

As a speaker, Roger is one of the most sought-after in the world and has been inducted into the Speakers Hall of Fame. He has inspired organizations to conquer challenges, accelerate performance, and transform results.

The true measure of realizing one’s potential is how well they respond to change, self-doubt, adversity, and fear. Roger Crawford’s presentation helps individuals build a mindset powerful enough to overcome these obstacles, become the best version of themselves, and reach next-level success.

Roger can help your team change their mindset, which will change results.

Because of Roger Crawford’s remarkable life experience, he inspires audiences by offering a unique
perspective on adapting, innovating and overcoming obstacles.

Roger Crawford in the Media

You may have seen Roger Crawford interviewed on Good Morning America, CNBC, Monday Night Football, The Today Show, and many other prominent television programs.

He was the host of the weekly feature “Motivational Mondays with Roger Crawford,” on the Tennis Channel.

Roger has been profiled in publications such as The Wall Street Journal, USA Today, Men’s Fitness, Fast Company, and Tennis Magazine, and an Emmy Award-winning NBC TV movie, “In a New Light,” was based upon Roger’s remarkable life story.

Roger Crawford is also a Best-Selling author whose books have been translated into 17 languages. His most recent book Think to Win, The Power of Possibility Thinking helps readers embrace change, improve their mindset, and achieve breakthrough performances.

In addition to tennis, Roger also excelled on the football field. During one particular game, the crowd in the stadium witnessed something they will never forget. He recovered a fumble and was bolting for the end zone when an opponent pulled his artificial leg off! Undaunted, Roger hopped over the goal line for a touchdown! If that story sounds familiar you’ve likely read the very first book in the Chicken Soup for the Soul series! Here is a video of Roger on-stage telling his football story.

Roger’s most cherished award is having been inducted into the International Hall of Fame for People with Disabilities. He shares this honor with two of his lifelong heroes, Christopher Reeve and Helen Keller.

Real handicaps can be overcome. The imaginary ones disable us. 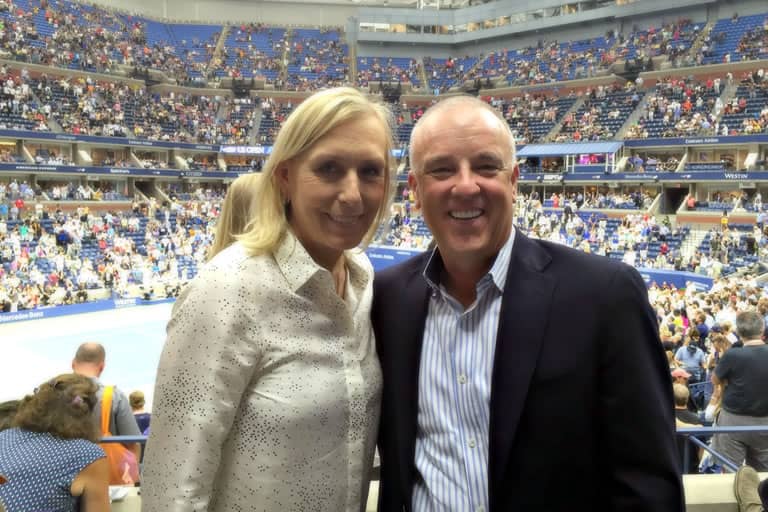 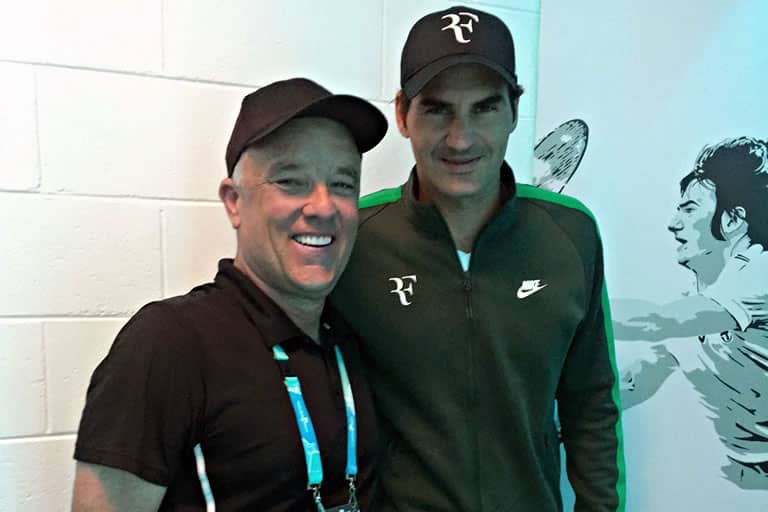 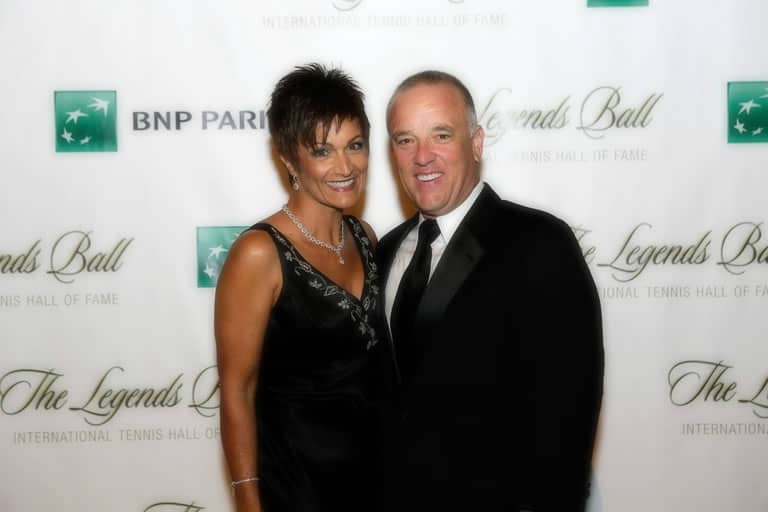 My wife Kathryn and I were high school sweethearts, except she didn’t know it.

Roger Crawford off the Court

I was once asked, “What do you want written on your tombstone?” My initial thought was, “I’d rather be speaking!”  Upon further review, my hope is that my life and work will provide inspiration to others.  It is an unceasing privilege to have the opportunity of sharing my message with others and I cherish every audience.

I also cherish being a husband, father and “Pop Daddi” to our granddaughter. Off the court, my life is filled with wonderful friends, an amazing family and a career that I love. Would I trade all of that for seven fingers and a good leg? Not a chance!

Life is sweet, and may it be for you as well!

Challenges are inevitable, defeat is optional.

Head butting contest with a Ram in New Zealand! He won! 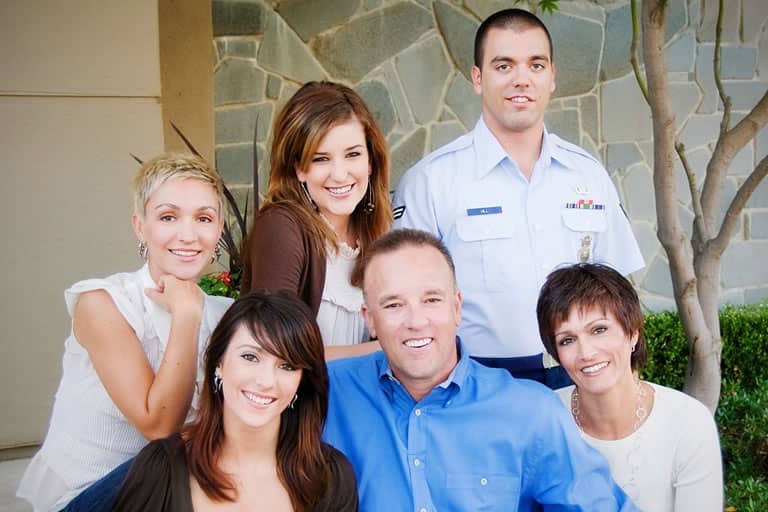 Here is our crew, Therese, Alexa, Christopher and Monica.

Inspiration To Help You Win!