He Lost His Limbs, But Not His Sense of Humor 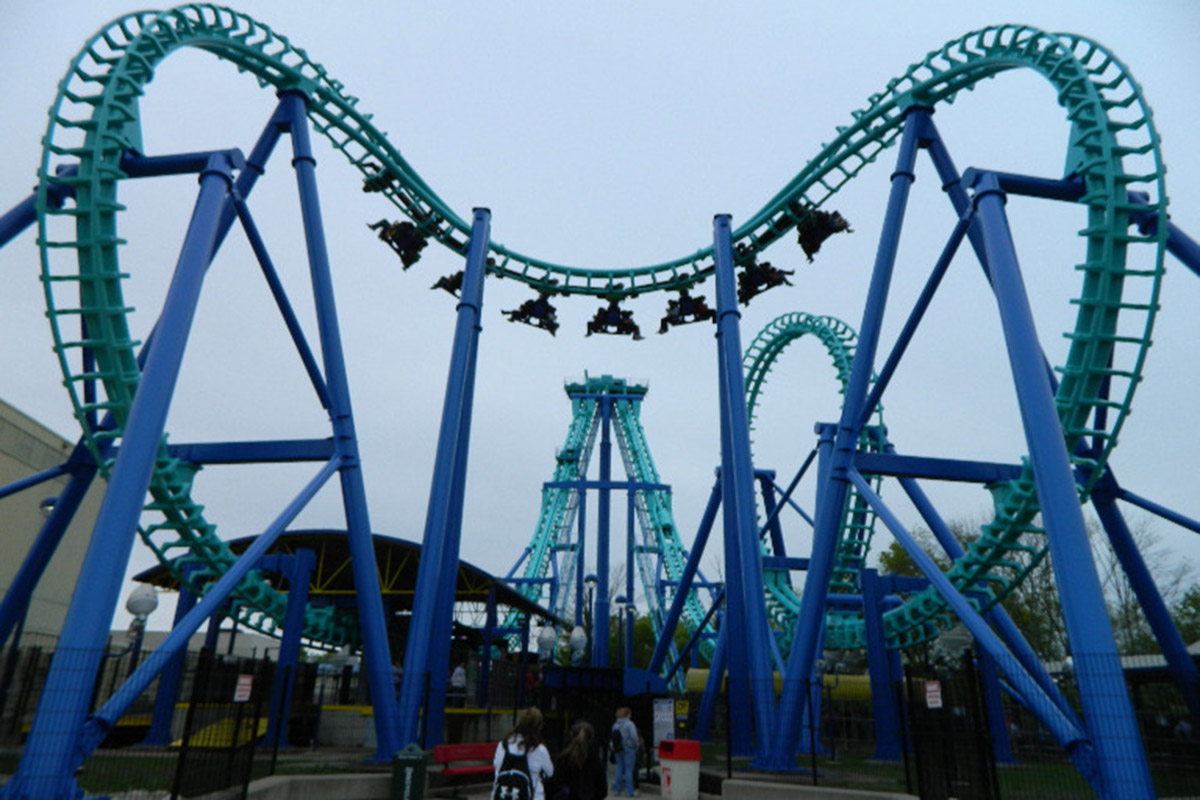 My friend, Dan Adragna is an inspiration. As an electrical foreman in Aptos, CA – he developed blood poisoning from small cuts he sustained on the job. The bacteria attacked his limbs and subsequently, he lost parts of his fingers and the bottom half of both legs. Doctors told him that he would never be able to run again and that he would be lucky to ever walk. That motivated Dan more than anything! Almost a year after his near-death experience, Dan took his first step on two prosthetic legs.

As part of his healing and the desire to encourage others, he volunteered to work with the teen ministry at his church. By this time Dan had mastered the ability to navigate on his artificial legs and very few of his group members were aware of his prosthetic legs. That was until they visited Great America Amusement Park in Northern California. Dan served as chaperon during that trip.

The students wanted to avoid the long lines that grew during the day, so they made a dash for the ride Invertigo. A double-inverted sidewinder, regarded as the mother of all roller coasters! It turns riders upside down three times both forward and backward, experiencing high speeds, weightlessness, and rapid movements from side-to-side. Riders basically experience ninety seconds of sheer terror!

When Dan strapped into his seat, he discovered no leg supports. As he looked down at his legs dangling in the air, the ride began to lift 138 feet and then dropped as the inverted sidewinders began, Dan frantically gripped his knee but the G-force was too much. His right leg started spinning like a shot putter winding up for a launch. At this point, his left leg began twilling as well with the rotation nearly causing his foot to make contact with his seatmates face. The legs finally reached take-off speed and took off like rockets. Over the heads of the next victims of the Invertigo and landing near the bumper cars which caused an immediate pileup!

Mercifully, the ride ended and Dan was relieved until realizing he wasn’t going anywhere without his legs! Fortunately, a few of the students witnessed the limb launch and conducted a successful rescue mission. Dan said once Humpty Dumpty was back together again he began to laugh uncontrollably! In fact, he said, “I laughed so hard my legs almost fell off again!” Once the students saw Dan’s humorous reaction, they started to laugh as well.

When Dan was asked what the biggest challenge was during his rehabilitation, he said, “Honestly, I really didn’t consider any of my rehab as a challenge in the hardship sense. I considered it a challenge in the sense of something to accomplish. I was confident that I could overcome this challenge and to reach my goal of walking again. As a competitive person by nature, I was bound and determined to win!